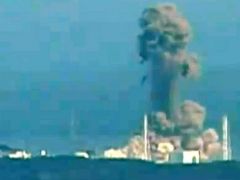 (CNSNews.com) â€" Since the horrific earthquake, tsunami, and nuclear reactor meltdown in Japan on March 11, 2011, there have been no deaths directly caused by the radiation leak from the nuclear plant in Fukushima, which is located on the northeast side of Japan.

The latest update (in April) by the World Nuclear Association on the Fukushima disaster states, “there have been no deaths or cases of radiation sickness from the nuclear accident.”

Also, in a May 11 e-mail to CNSNews.com, Jaya Mohan, information officer for the United Nations Scientific Committee on the Effects of Atomic Radiation (UNSCEAR), said “no deaths directly caused by radiation exposure after the accident at the Fukushima-Daiichi nuclear power plant have been reported.”

That conclusion corresponds with what the International Atomic Energy Agency (IAEA) reported in August 2015, and what UNSCEAR confirmed in 2013 and projected for the future.

In its 2015 report, the The Fukushima Daiichi Accident, the IAEA stated, “No early radiation induced health effects were observed among workers or members of the public that could be attributed to the accident.”

The IAEA noted that the “latency time for late radiation health effects can be decades,” but said “given the low levels of doses reported among members of the public, the conclusions of this report are in agreement with those of the UNSCEAR to the United Nations General Assembly.”

The UNSCEAR had reported in May 2013, two years after the Fukushima accident, “Radiation exposure following the nuclear accident at Fukushima-Daiichi did not cause any immediate health effects. It is unlikely to be able to attribute any health effects in the future among the general public and the vast majority of workers.”

“No radiation-related deaths or acute effects have been observed among nearly 25,000 workers (including TEPCO employees and contractors) involved at the accident site,” reported the UNSCEAR.  (TEPCO is the acronym for the Tokyo Electric Power Company.)

“On the whole,” said UNSCEAR, “the exposure of the Japanese population was low, or very low, leading to correspondingly low risks of health effects later in life.. The actions taken to protect the public (evacuation and sheltering) significantly reduced the radiation exposures that would have otherwise been received.”

Three TEPCO workers were killed “directly by the earthquake and tsunami, but there have been no fatalities from the nuclear accident,” reported the World Nuclear Association in April 2016.

The earthquake on March 11, 2011, triggered a massive tsunami, which killed about 19,000 people and destroyed more than a million buildings.

A combination of factors caused by the earthquake and tsunami led three of the reactors at Fukushima Daiichi to go into meltdown â€" the nuclear fuel rods could not be cooled and subsequently got too hot and started to melt, which led to several explosions and the release of radiation.

You are now leaving the Uranium Producers of America website.